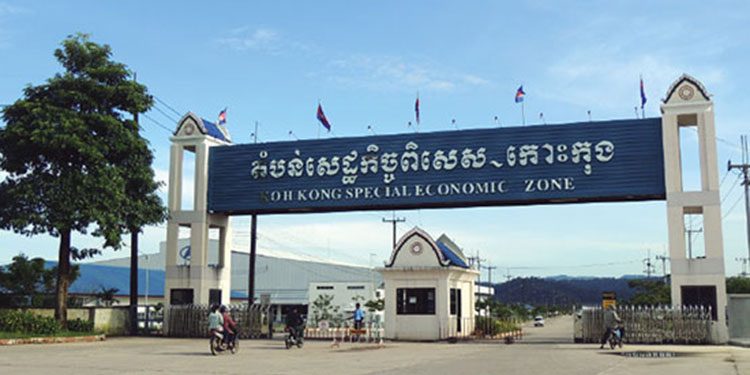 The Royal Group, a leading Cambodian conglomerate, has been granted 8,631 hectares of land in Botum Sakor district, Koh Kong province, to be developed into a  special economic development zone.

In a sub-decree dated September 15, the government reclassified 8,631 hectares of land in Botum Sakor National Park to e state owned private land and granted it to the Royal Group for establishing the special economic zone.

The Koh Kong Committee on State Land Management has been tasked to apply for registration of the reclassified land and hand it over to the Royal Group, read the sub-decree.

Last year, the Royal Group received in principle notification from the Koh Kong administration, which agreed on the SEZ project on 100 sq km hectare in the Botum Sakor district.

According to the Ministry of Mines and Energy, the construction of the power plant has been on schedule despite the Covid-19 pandemic disruptions.