In denying Cambodian opposition politicians entry into their countries, some ASEAN governments please a leader who has had a 34-year grip on power. 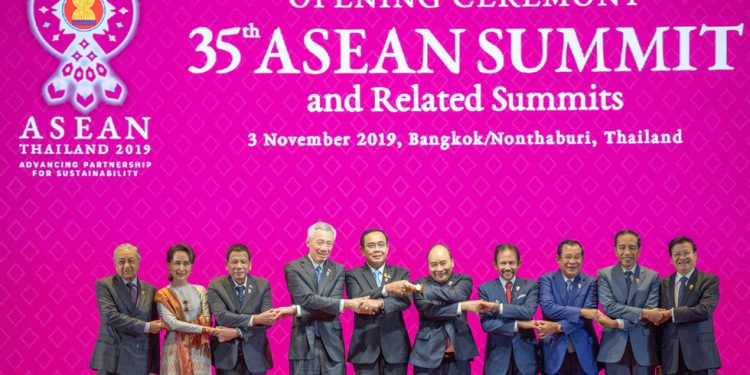 BANGKOK — ASEAN, or the Association of Southeast Asian Nations, is not an acronym that tends to excite. Founded on notions of consensus-building and noninterference, the 10-nation group issues pronouncements drowning in careful and bland language.

This week, though, regional governments have banded together to use ASEAN’s principles to justify a startling act: blocking Cambodian opposition politicians who are trying to return home to confront Prime Minister Hun Sen of Cambodia, Asia’s longest-serving authoritarian leader.

On Wednesday night, Mu Sochua, the deputy leader of a political party that came closest to unseating Mr. Hun Sen in earlier elections, was detained at the airport after arriving in Malaysia, according to Phil Robertson, the deputy Asia director for Human Rights Watch.

A dual citizen, Ms. Mu Sochua tried to enter Malaysia on her American passport, said Mr. Robertson, who was in touch with Ms. Mu Sochua during her travels. She was held overnight in detention at the Kuala Lumpur International Airport, he said.

By Thursday evening, immigration paperwork was being processed to allow her to enter the country for five days, said Charles Santiago, a Malaysian legislator and chairman of the ASEAN Parliamentarians for Human Rights, who was also in communication with Ms. Mu Sochua.

The development came as members of the Cambodian opposition had hoped to converge on Phnom Penh, the capital, on Saturday, the anniversary of Cambodia’s independence from France. Mr. Hun Sen has said he will do everything possible to prevent the opposition from returning.

Ms. Mu Sochua is the deputy leader of the opposition Cambodia National Rescue Party, which was dissolved in 2017 after its leader was jailed and accused of conspiring with the United States to overthrow Mr. Hun Sen.

The prime minister’s governing party won every parliamentary seat on offer in elections last year that were widely regarded as rigged, with the government having prevented Ms. Mu Sochua’s party from participating.

Also on Wednesday, after Sam Rainsy, a co-founder of the Cambodia National Rescue Party, tweeted a picture of his plane ticket from Paris to Bangkok, Prime Minister Prayuth Chan-ocha of Thailand made it clear that Mr. Sam Rainsy would not be able to follow his plan to land in Thailand and make his way from there to neighboring Cambodia.

“Regarding the political activist from the neighboring country requesting to enter Thailand, I have proceeded by following the ASEAN resolution that we will not interfere with each other’s domestic affairs,” Mr. Prayuth said. “I have given the order. He won’t be able to enter.”

The government of Mr. Prayuth, a retired army general who led the 2014 coup that kept the country under military rule for nearly five years, had earlier prevented Ms. Mu Sochua from entering Thailand.

Others turned away from Thailand include Joshua Wong, the Hong Kong democracy activist.

“We will not allow any resistance group to operate in Thai territory,” Mr. Prayuth said on Wednesday.

But human rights advocates say that ASEAN’s neighborliness should not be used to justify strong-arm politics. Mr. Hun Sen’s government has jailed scores of dissenters and forced the exile of many more.

On Thursday, Prime Minister Mahathir Mohamad of Malaysia referred to Cambodia, saying that “we aren’t interested in the internal affairs of any country.”

“The ASEAN spirit,” said Mr. Robertson, of Human Rights Watch, “should not be a mutual celebration in violating human rights.”

“They have cooperation with Cambodia in the ASEAN framework,” he said.

Mr. Hun Sen, who has led Cambodia for 34 years, said that his long hold on power had not come up at the ASEAN summit in Bangkok earlier this week.

“In the ASEAN meeting, no one talked about any issues related to Cambodia because it is the internal affairs of Cambodia,” he said.

On Wednesday, the Cambodian Ministry of Foreign Affairs sent a letter to embassies and consular missions accredited in the country, warning them that the Cambodian passports of 12 opposition politicians, including Ms. Mu Sochua, had been declared “null and void.”

Ms. Mu Sochua, who was visiting the Indonesian capital, Jakarta, gave a news conference on Wednesday on the opposition’s plans. The Cambodian ambassador to Indonesia tried to stop the event from proceeding and told a journalist to “shut up.”

The news conference went ahead, and Ms. Mu Sochua flew to Malaysia in the evening.

The Cambodian Embassy in Indonesia on Wednesday released a statement urging ASEAN’s biggest member to take seriously an arrest warrant issued last month for Ms. Mu Sochua on charges including plotting to topple the government.

“The embassy of Cambodia in Jakarta requests Indonesian authorities to arrest Mu Sochua and deport her to Cambodia immediately in the true spirit of ASEAN,” the statement said. “It is unfortunate that Indonesia, a fellow member state of ASEAN, allows Ms. Mu Sochua to enter Indonesia despite her arrest warrant and conduct anti-Cambodian activities in Jakarta.”

But human rights groups say the accusations against her are trumped up.

“The charges against her are political, rather than criminal or legal,” said Jerald Joseph, the commissioner of the Human Rights Commission of Malaysia. “She should be allowed to enter the country.”

How Ms. Mu Sochua will get to Cambodia is not clear. Mr. Hun Sen has ordered airlines flying into the country to stop her and other opposition leaders. Soldiers and police have been dispatched to land borders and checkpoints.

“There seems to be a conspiracy within ASEAN to bend over backward to support an unpopular dictatorship in Cambodia,” said Mr. Santiago, the Malaysian legislator. “This is happening because some of the ASEAN countries have also denied a legitimate opposition from functioning in their own countries.

“ASEAN talks all the time about noninterference in other countries’ affairs,” he added. “But in working together to muzzle the opposition they seem to interfere very well.”

On Thursday, Mr. Sam Rainsy tweeted that he was still planning to fly to Bangkok from Paris despite the Thai prohibition on him coming there. Hours later, Mr. Sam Rainsy said he had been prevented from checking in for his flight. Nevertheless, he said, he was still committed to returning to Cambodia.

This article was first published by The New York Time. All contents and images are copyright to their respective owners and sources.