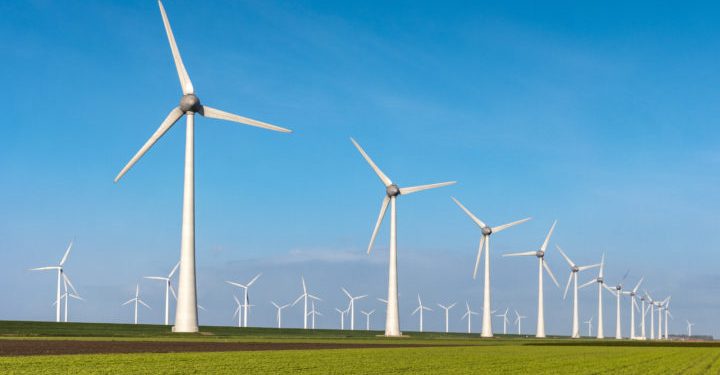 The government and French-owned The Blue Circle (Cambodia) Co Ltd will soon sign an agreement to build a wind farm in Kampot province – the first of its kind in the Kingdom.

The agreement comes as the government has made efforts to diversify its power sources to achieve its target of covering 100 per cent of all villages nationwide by the end of next year.

Victor Jona, the director-general of the Ministry of Mines and Energy’s General Department of Energy, said on Tuesday that The Blue Circle plans to build at least 10 wind turbines with an 80MW capacity on top of Bokor mountain in Teuk Chhou district’s Koh Touch commune.

Speaking at a conference in Phnom Penh, Jona said negotiations on power tariffs between the firm and the government are scheduled to take place soon.

“The Blue Circle is an energy firm from France and the ministry has issued it a licence to conduct a feasibility study in Kampot and Mondulkiri provinces. Due to Bokor mountain’s wind energy potential, the company will invest in the 80MW first phase,” Jona said.

The cost of investing in wind energy is between $2 million and $3 million per megawatt, he said.

The Blue Circle has been conducting a feasibility study of wind power in Mondulkiri and Kampot provinces since last year, and in March it revealed that Cambodia has potential in wind energy investment.

The firm said Cambodia has the potential to generate 500MW from wind energy. It currently invests in wind energy in Thailand and Vietnam.

Although the project would become the first of its kind in Cambodia, Jona said negotiations on tariffs between the firm and state-run electricity supplier Electricite du Cambodge (EdC) are important.

This, he said, is because the EdC aimed to procure power sources at lower prices in line with government policy.

Last year, Cambodia consumed 2,650MW of electricity, a 15 per cent increase compared to 2017. Of the amount, 442MW was imported from Thailand, Vietnam and Laos. The rest was produced in Cambodia from coal-fired plants, hydropower dams and solar farms.

This article was first published at www.evwind.es