The Vietnam - Cambodia Friendship Association of former volunteer soldiers of Front 479 held a ceremony in Hanoi on September 22 to mark 30 years of the fulfillment of their international mission in Cambodia. 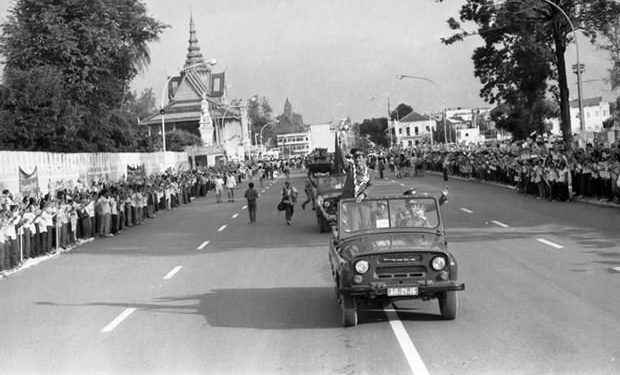 Hanoi – The Vietnam – Cambodia Friendship Association of former volunteer soldiers of Front 479 held a ceremony in Hanoi on September 22 to mark 30 years of the fulfillment of their international mission in Cambodia.

On the occasion, the association presented gifts to heroic Vietnamese mothers, families of invalids and martyrs, and Cambodian students in Vietnam.

Speaking at the event, Chairman of the association Le Cuong said in response to urgent appeal by the Cambodian United Front for National Salvation and people, Vietnamese voluntary soldiers and Cambodian armed forces overthrew the Pol Pot-Ieng Sary genocidal regime on January 7, 1979.

From 1979 to 1985, both sides launched raids against Khmer Rouge remnant bases in border and inland areas.

During the 1984 – 1985 dry season, an unprecedentedly large campaign was launched, which won a decisive victory and put an end to the Khmer Rouge regime.

Since the late 1985, reactionary forces have been basically no longer a threat to the Cambodian revolutionary administration.

Founded on April 14, 1979, Front 479 was assigned with the task of helping Cambodians with medical treatment and production, armed forces building from the central to local levels, and fighting to eradicate the threat of the revival of the genocidal regime.

During a decade of working in Cambodia, the Front and the host armed forces waged over 16,000 attacks, putting about 100,000 enemies out of action, and seizing over 43,000 guns and 462 tonnes of munitions and military equipment.