UNDP in Cambodia: Extreme weather will continue to affect productivity 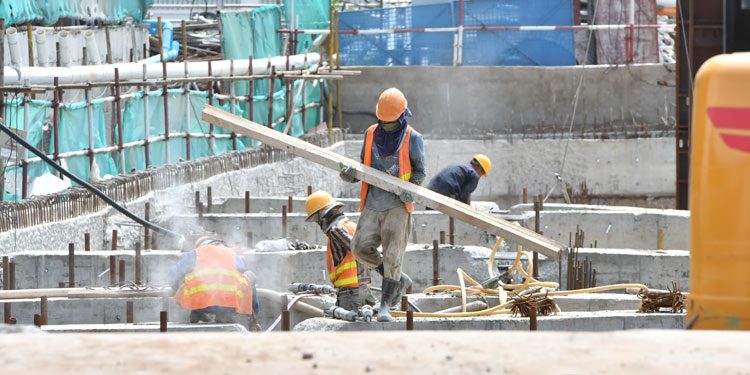 The Ministry of Health has warned that Cambodia should expect a week-long of extreme weather – cautioning “at-risk” workers, as temperatures are expected to peak at more than 40 degrees Celsius and result in strong storms. The warning reiterates the heavy toll extreme weather has on the Kingdom’s much-needed productivity growth, considered a main driver to achieving its goal of becoming an upper-middle income economy by 2030.

“Recent modelling conducted by the Ministry of Economy and Finance and the National Council for Sustainable Development shows that reduced worker productivity because of increasing temperatures will be the most significant impact of climate change on the Cambodian economy between now and 2050, before the impact of other extreme climate events such as floods and droughts,” Beresford said the UNDP in Cambodia has implemented the Cambodia Climate Change Alliance, supported by the EU, Sweden and the UNDP with support from the Cambodian government and academic institutions to research in more detail how these temperature increases affect various types of workers – as well as school children.

“This will help inform measures to better protect vulnerable populations and ultimately to make Cambodia’s economy and society more resilient to these external shocks,” Beresford explained.

A previously released report by the Asian Develop- ment Bank stated that Cambodia’s region is expected to be one of the most affected regions by heat extremes.Southeast Asia is also particularly vulnerable to flooding – with a concentration of low-lying populated deltas.

“Already, the number of record-breaking rainfall has significantly increased over the last decades.

“The frequency and intensity of heavy rainfall may cause more severe flooding if the global temperatures continue to rise,” the report said.

According to the World Bank, increasing Cambodia’s productivity will be a major driver for the country to achieve its ambitious goal of graduating from a lower middle-income economy to an upper-middle income economy by 2030.

“To remain competitive, Cambodia will need to boost labour productivity to compensate for rapidly rising real wages,” the bank stated.

National productivity levels are measured by the ratio between a measure of input (the total number of hours worked) and the measure of output (gross domestic product).