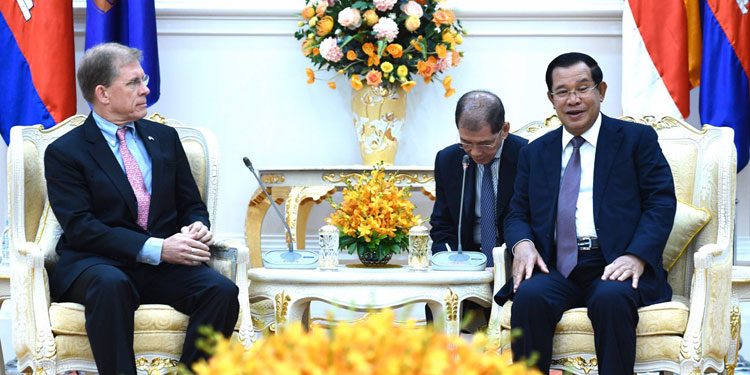 Bilateral trade between Cambodia and the United States has been valued at $1.678 billion for the first quarter of 2020, representing a 35 percent increase compared with the same time last year, according to trade data from the US Government.

Cambodian exports consisted of $1.594 billion, growing 42 percent, while Cambodian imports were $85 million, decreasing 30 percent. According to the Cambodian Ministry of Commerce, local exports mostly included textiles, footwear, travel goods and agricultural products. Most imports from the US were vehicles, animal feed and machinery.

Lim Heng, vice-president of the Cambodia Chamber of Commerce, said that the trade figure reflects the increasing manufacturing activities in Cambodia for exports. “Most of our exports to the US are from products we manufacture from the raw materials we produce and purchase,” Lim said. Since the Generalised System of Preferences (GSP) of the US was granted to Cambodia in 2016, exports of “travel goods” such as luggage and handbags, have increased sharply. According to the Garment Manufacturers Association in Cambodia (GMAC), 80 percent of the $1.2-billion-worth of “travel goods” last year were shipped to the US market.

“The United States is our biggest export market for travel goods accounting for about 80 percent of our total exports,” GMAC said. “This phenomenal growth in exports is because of the joint lobby efforts of the Ministry of Commerce and GMAC to the US Congress. That has resulted in the review of the GSP in 2016 and included travel good items on the eligibility list,” GMAC said in a statement issued recently this year.