SME Bank of Cambodia ‘must relax its criteria for loans’ 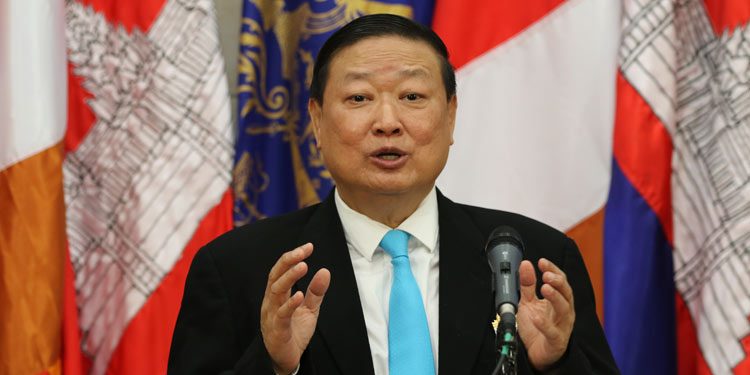 THE President of the Federation of Associations of Small and Medium Enterprises of Cambodia (FASMEC) Te Taingpor has requested the SME Bank of Cambodia and participating financial institutions to extend the payment period of the SME Co-Financing Scheme from four to six years and take business plans as collateral for loans less than $100,000.

It was revealed this week the bank has yet to approve any applications, receiving only some inquiries now pending approval, according to a bank representative.

“We request to extend the repayment period from four to six years, reduce the amount of paper work to apply and for PFI’s to use a business plan, not hard titles, for collateral for loans under $100,000,” Taingpor said.

The government’s SME Co-Financing Scheme aims to provide low-interest loans to bolster and develop local small and medium enterprises (SMEs) in sectors such as manufacturing and handicraft to boost local production and fulfill domestic consumption.

It has already raised $97.5 million from 33 PFIs – in addition to the $50 million grant from the government. Under the current agreement the government funded scheme provides half of the approved loan amount with each individual financial institution providing the other half.

SMEs can borrow up to $200,000 for working capital and up to $300,000 for investment capital, with a maximum interest rate of 7 percent per annum, a repayment period of more than four years and collateral dependent on the criteria of individual PFIs.

One of the PFIs, PRASACs Executive Vice-President Say Sony, told Khmer Times that his company has committed $5 million to the scheme. He said there have been some questions from potential borrowers about the features of the loan and PRASAC has been actively contacting potential clients. However, no clients have actually applied for a loan yet.

“Some businesses may want to delay investments, as well as delay injecting more working capital into their businesses because of the current COVID-19 situation. However they should appreciate this special interest rate and should extend the loan term to eight years instead of four years,” Sony said.

“Unfortunately, because of our current lending practices we might not be able to accept business plans as collateral,” Sony said. Because there is no standard business plan and no proper services provider to assure an accurate plan it would be difficult for PFIs to consider this. However, there are some other possible options to explore for collateral such as business assets including equipment, vehicles, buildings and inventory. Accounts receivables can also be used as collateral. However, we still cannot take these because of current practices.”

Senior Associate, Public Private Partnership, Van David, of PLATFORM IMPACT, said that so far no loans have been disbursed for any SMEs because perhaps of the “overly stringent” requirements on the current conservative lending format that may also be an issue.

“Many firms have tried to apply for emergency loans from the government but have been unsuccessful because the eligibility criteria may again be far too conservative, for example, by asking for collateral while right now SMEs need loan deferments of three to six months to conserve their cash and pay utilities, rent and staff wages,” David said. “It also appears that the government has set a priority sector list, while the majority of firms that have been badly hit are in sectors deemed non-priority such as tourism and trade distribution. The Cambodian Government may need to step up guarantee schemes for the banks to allow SMEs to more easily access these emergency funds,” David emphasised.

UK economy ‘to plunge 14 percent this year on virus’