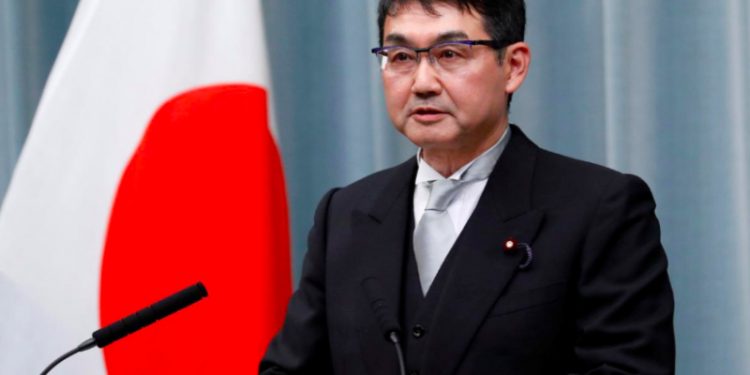 TOKYO – Japan’s justice minister stepped down on Thursday – the second resignation from Prime Minister Shinzo Abe’s newly formed cabinet in less than a week – after a media report that his office gave out gifts such as potatoes and corn to constituents.

In tendering his resignation, Kawai said that he and his wife knew nothing about the reported allegations but that he wanted to avoid harm to the justice system through the loss of the public’s trust while investigations were underway.

Kawai’s abrupt resignation came six days after that of former trade and industry minister, Isshu Sugawara, who had been accused of election law violations by allegedly giving gifts of melons and crabs to voters in his Tokyo constituency.

Speaking to reporters on Thursday, Abe apologised for the second time in a week, saying he bore responsibility for appointing the two first-time ministers in a cabinet reshuffle last month.

“I would like to offer my apology to the public,” Abe said. “I will fulfil my responsibility of regaining the people’s trust.”

Abe added that he had appointed Masako Mori, a former minister in charge of gender equality and measures to combat the declining birthrate, to replace Kawai.