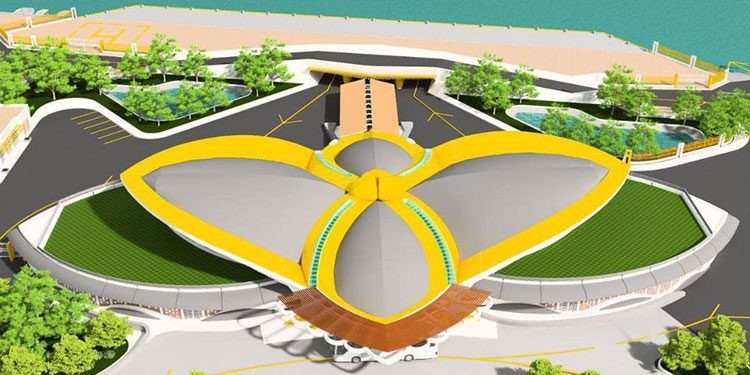 Construction of a tourism seaport in Kampot province is expected to be complete soon and the port will commence its operation within this year.

Upon completion, the port will contribute as a gateway for tourists to travel to the province.

Soy Sinol, Director of Kampot Provincial Tourism Department said that the seaport was scheduled to be completed in April this year, but due to technical works, the deadline for completion has been delayed to later this year.

“Once the seaport is completed and put into service, it will contribute to boosting the province’s tourism, particularly to link tourism package of Kampot province to tourism destinations in Vietnam and Thailand,” Mr. Sinol said.

“The port will also bring more visitors to Preah Sihanouk, Koh Kong, and Kep provinces. It will connect not only with bordering countries but also with countries in the Greater Mekong Sub-region,” Mr. Sinol said.

The seaport construction costs about $8 million with funding via a loan from the Asian Development Bank (ADB).

Located in Tek Chhou district, the seaport is 300 metres long and can accommodate vessels carrying 300 to 400 passengers.

An ADB report on tourism in the Greater Mekong Subregion says the seaport is expected to service 360,000 international and domestic tourists per year when it opens.

This article was first published in Khmer Time. All contents and images are copyright to their respective owners and sources.