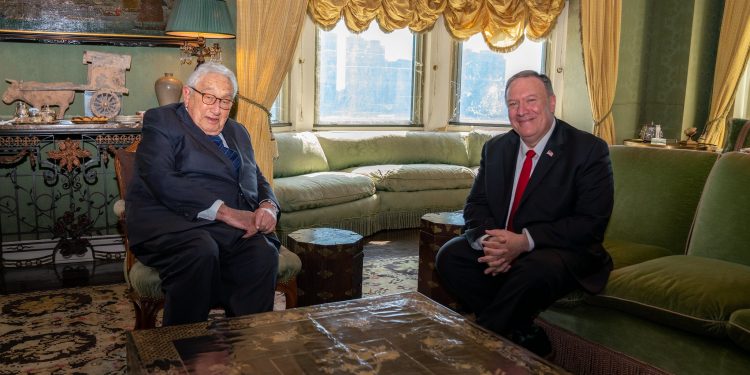 “Henry Kissinger was one of the most destructive Secretaries of State in the history of this country,” the Vermont senator and presidential candidate tweeted Sunday in response to a tweet from Pompeo saying he was “always grateful for … conversations” with Kissinger. “A Sanders administration will not be taking advice from Henry Kissinger,” Sanders added.

Kissinger, who served in the Nixon and Ford administrations, has frequently been criticized by human rights activists for his role in the 1973 CIA-backed Chilean military coup that brought dictator Augusto Pinochet to power.

Kissinger also played key roles in the U.S. bombing of Cambodia during the Vietnam war, believed to have killed thousands of civilians, and the U.S. backing of the Pakistani military in a 1971 campaign against ethnic Bengalis that has been described as a genocide.

Sanders has criticized Kissinger’s record before, noting former Secretary of State Hillary Clinton’s close relationship with him during the 2016 Democratic primaries and saying, “I am proud to say that Henry Kissinger is not my friend. I will not take advice from Henry Kissinger.”

Cambodia at the crossroads