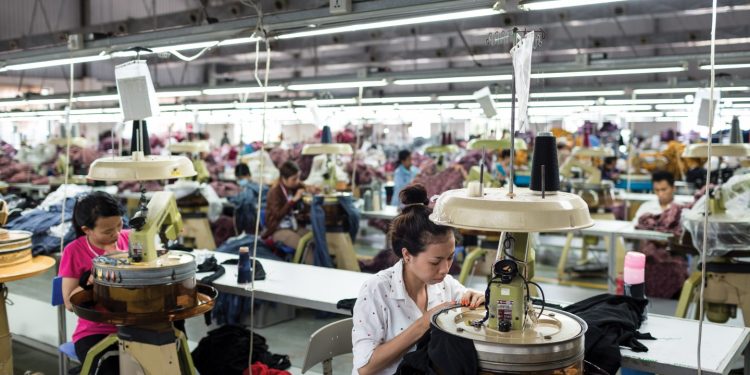 Garment units continue to open in Cambodia despite the looming threat the country faces of losing its Everything-but-arms (EBA) status from the European Union (EU), according to a recent report by the United Nations Conference on Trade and Development (UNCTAD). Seventeen readymade garment (RMG) factories were set up in the last two years, generating 11,502 jobs in the sector.

The investors are from Hong Kong, Japan, Singapore, China and Australia, and the factories produce handbags, wallets, sportswear, T-shirts, jackets and other products, the report, titled ‘ASEAN Investment 2019’, says.

In the 2018-2019 period, Australian-based QLM opened a $1.5 million facility in the country as a base to expand into other emerging markets, says the study.

Ken Loo, secretary general of the Garment Manufacturers Association in Cambodia (GMAC) said the value of exports in the sector has continued to grow at about 10 per cent for the past three years. Much credit goes to the growth in the travel goods sector, while the footwear industry is also a major contributor.

Last year, garments and footwear exports were valued at $10 billion, up 24 percent from $8 billion in 2017, according to a report from the National Bank of Cambodia.

Without the EBA benefits, Cambodia is looking at an annual loss of $513 to $654 million, the World Bank predicts.

This article was first published in Fibre2Fashion News Desk. All contents and images are copyright to their respective owners and sources.