Reassessing cost of aid to laid-off garment workers in Cambodia 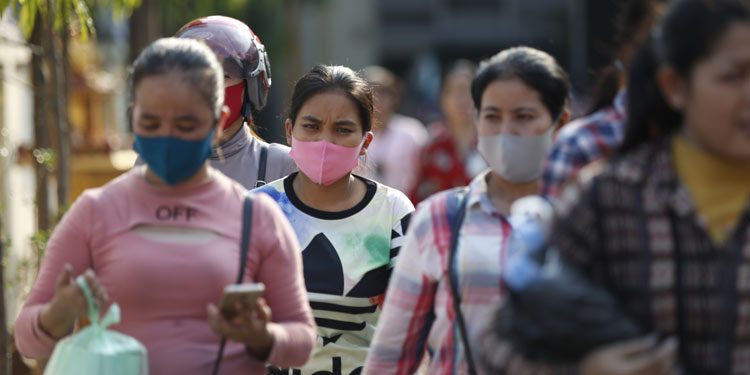 The government is reassessing the cost of assistance to laid-off garment workers affected by the COVID-19 pandemic as it braces itself to spend more on rising unemployment, says the Ministry of Economy and Finance.

According to the Garment Manufacturers of Cambodia (GMAC), nearly 200 factories suspended their operations because of the COVID-19 pandemic, wiping out 200,000 workers’ jobs. Add to that help for those affected in the tourism sector and the sums involved will be huge.

Meas Soksensan, the Ministry of Economy and Finance’s (MEF) spokesman, said yesterday the exact amount of expenditure for the unemployed has yet to be calculated.

“We are making new assessments and we will announce the results soon,” he said, adding that the MEF is ready to provide money upon request. “We have enough of a budget to solve the issue, so there is no need to worry. We will release it on time when requested.”

The private sector claims applying for assistance is challenging and wants the government to make the procedure easier.

Thoun Sinan, president of the Pacific Asia Travel Association (PATA), said that all his agent members both in provinces and in Phnom Penh have applied for assistance but have said the procedure is complex.

According to Sinan, the issues they faced are related to labour laws such as some staff not having a work permission book or National Social Security Fund (NSSF) so they are not eligible.

He insists the government should ease the conditions in order to really help affected workers.

“The amount [from the government] of $40 is so small it’s not enough to survive on. However, it’s better than nothing so we would like to ask the government to ease some conditions in order for all to get some help,” he said.

The government has announced a $2 billion reserve budget to help the Kingdom’s economic pillars, including agriculture and banking, and is also aiding unemployment in the garment and tourism sectors.

It has announced a $40 incentive per month for workers and staff in the tourism sector who were sacked because of the Coronavirus pandemic.

The Ministry of Labour and Vocational Training is the only government body to facilitate the issue.

Heng Sour, the Ministry of Labour’s spokesman, said that only those who have register with the General Department of Taxation (GDT) can apply for the sum.

“How can a hotel, guest house, restaurant and company run without staff properly registered with the relevant authorities?” he asked. “Only those who legally register are eligible for assistance.”