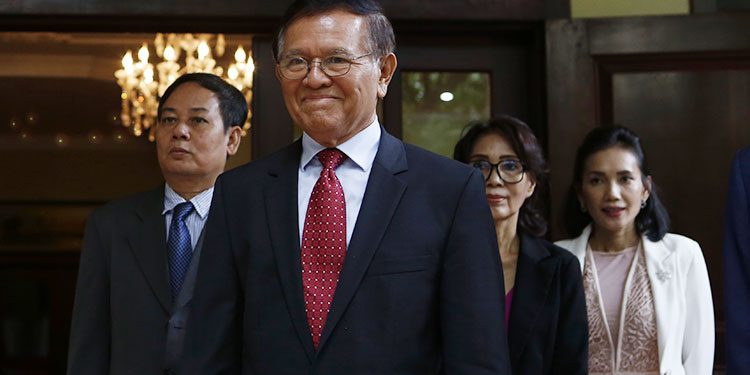 The Phnom Penh Municipal Court has concluded its investigation into former opposition leader Kem Sokha’s treason charges and ordered for the court procedure to commence.

In a court statement, Investigating Judge Ky Rithy has informed Pheng Heng, a lawyer to Mr Kem Sokha that the investigation has concluded on November 15.

Mr Heng said he has received the statement but declined to give further comment.

Mr Kem Sokha was arrested in September 2017 and charged with treason for allegedly colluding with the US to topple the government.

On Sunday, the municipal court eased Kem Sokha’s restrictions after considering his health and good behavior over the past two years.

Kem Sokha remains under court supervision, but can now leave the former confines of a four-block radius around his home and also hold meetings.

He is still banned from leaving the Kingdom, engaging in political activities and is obligated to appear when summoned by the authorities.