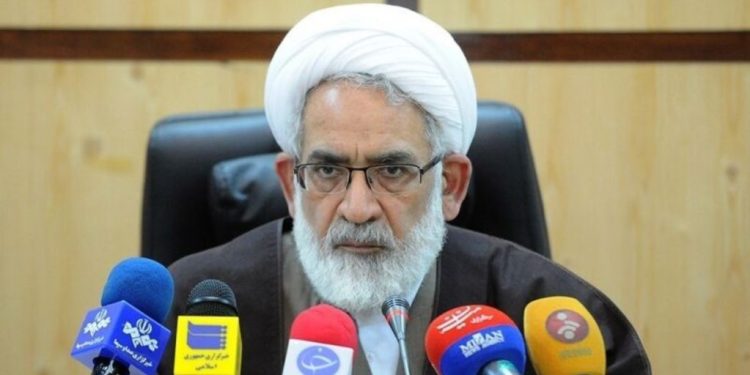 Enraged by the pressure, Montazeri has argued that FIFA has no legal authority to dictate the Islamic Republic how to manage its sports arenas.

Apparently, Montazeri has missed the point that Iran, as a member of FIFA, has accepted the rules and regulations of the international soccer body.

FIFA’s charter explicitly prohibits any sort of “discrimination” by member federations and based on the rule Iran can be suspended from international soccer.

Iran is the only country in the world that bans women from entering stadiums to watch men’s games, mainly soccer.

Meanwhile according to a September 22 statement by FIFA, for the first time in four decades, Tehran has assured the international soccer federation to allow women to buy tickets and watch the country’s qualification match against Cambodia on October 10, in Tehran’s main stadium, Azadi.

The question of banning Iranian women from watching men’s soccer games made headlines when 29-year-old Sahar Khodayari set herself on fire and died later in a hospital, in Tehran in early September.

After being released on bail, Sahar Khodayari decided to burn herself September 1 after she found out about her impending jail sentence for the “crime” of entering a sports arena; she died a few days later as a result of her injuries.

Her tragic death triggered a series of criticism against an unwritten law in Iran that has deprived women of the right to enter stadiums and watch male football games. Dubbed as the “Blue Girl,” after the color of her favorite team’s jersey, Sahar Khodayari turned into a paradigm for women’s rights in Iran.

Earlier in August, Montazeri had cautioned, “I object to the presence of women in Azadi Stadium (Tehran’s main sports arena, built long before the Islamic revolution). We are a Muslim state, and we are Muslims. We will deal with any official who wants to allow women inside sports venues under any pretext.”

State-run Mehr News Agency (MNA) quoted Montazeri as also stressing, “When a woman enters a stadium and sees half-naked men in sports jerseys, it will lead to sinful acts.”

FIFA President Gianni Infantino on September 22 said soccer’s world governing body had been “assured” by Tehran that authorities will allow women spectators into the arena when Iran hosts the international match.

Furthermore, FIFA is considering a move to send observers to Tehran to make sure women spectators are allowed to attend the World Cup 2022 soccer qualifying match between Iran and Cambodia in October.

FIFA Foundation CEO Youri Djorkaeff, who won the World Cup with France’s national team, told AFP on September 26 that he would be part of the delegation.

“Iran is a hot topic, and I am organizing myself to be there on October 10,” the former midfielder said.

The presence of a delegation in Tehran is essential “to show that FIFA intervened there with conviction,” he added.