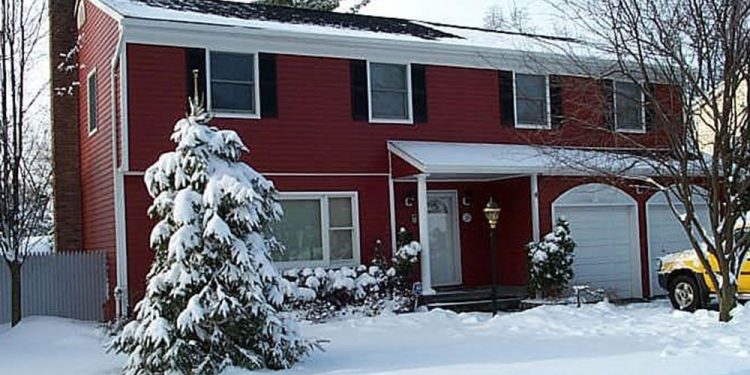 A four-bedroom detached home in Syosset, Long Island, outside of New York, purchased by the family of Cambodian Prime Minister Hun Sen in 2000.

The purchase of a four-bedroom detached home in an unremarkable suburb of New York by the family of Cambodian Prime Minister Hun Sen in 2000, revealed in land records obtained by Radio Free Asia, appears to have been the first step in their nearly two-decade effort to offshore their immense wealth.

The home was bought for $550,000 by four of the prime minister’s children: Hun Manet, then 23; Mana, 20; Manith, 19; and Many, just shy of 18. The acquisition came as Manet embarked on the second year of his master’s in economics at New York University, having become the first-ever Cambodian to graduate from the nearby West Point Military Academy in early 1999.

Given that all four were still in full-time education and their father’s official salary was approximately $12,000 per year, the transaction raises questions about how it was financed. There’s no indication in the purchase records that the Hun children took out a mortgage against the property.

Detailed requests for comment were sent to all four siblings, though none responded.

Hun Sen’s critics have little doubt what would have bankrolled the purchase of the house in the affluent suburb of Syosset, Long Island – little more than an hour’s commute from Manhattan.

A humble, but significant, home

The home itself is modest by the extravagant standards Cambodia has come to expect from its ruling family. A Reuters investigation in October revealed the Hun clan owns real estate across the world worth tens of millions of dollars. However, the New York home was purchased at least a decade before any previously reported overseas properties, suggesting the prime minister’s family is even wealthier than previously assumed, according to Dr Lee Morgenbesser of Griffith University in Queensland, Australia.

“If in 2000 they are going off and purchasing property – expensive property – overseas, this suggests that the pillaging and building of their portfolios is far more advanced than what people know,” said Morgenbesser, who studies authoritarian regimes in Southeast Asia. “It really suggests to me that the property portfolio is much bigger than what is currently being reported.”

Recalling his brief tenure in 1993-94 as Cambodia’s finance minister, Rainsy alleged that Hun Sen had deliberately worked to protect his family and associates’ corrupt interests in the timber industry by obstructing Finance Ministry supervision of forestry exports. His accusation chimes with investigations by NGOs such as Global Witness, which found that illegal logging in Cambodia operates under a nationwide patronage system in which illicit profits trickle up from smugglers to tycoons and then to senior government officials.

At the time when the Hun children bought their New York home, World Bank data suggest the average Cambodian earned $300 a year. Had an ordinary citizen saved every penny of that $300, it would have taken them more than 1,600 years to accumulate the $500,000 purchase price.

The Hun children sold the home in 2007 for $740,000, seven years after they bought it. Among them, only Manet was present in New York to sign the sale deed. In order for Manet to execute the sale on their behalf, his siblings signed power-of-attorney documents, which were notarized by US consular officials in Cambodia and Australia.

The documents provide an intriguing window into the lives of the siblings at that time.

Manith, who is today director of Cambodia’s Military Intelligence, gave his home address as the multimillion dollar Australian home of Dy Vichea. Manith is married to Dy Vichea’s sister Hok Chendavy, whose father Hok Lundy was at the time Cambodia’s national police chief.

Many, by 2007 24 years old and today a member of parliament from the ruling Cambodia People’s Party, gave his address as a student dormitory in Melbourne.

Meanwhile Mana, who would go on to marry Dy Vichea, was listed as resident at perhaps Cambodia’s most exclusive address: her father’s official residence facing Phnom Penh’s Independence Monument. Hun Sen’s biographers describe the building as a “sprawling mansion”, its garden filled with “shrubs sculpted in the shape of deer and dogs.”

The purchase deeds also raise the question of whether eldest child Manet, who today heads Cambodia’s armed forces, gave false testimony under penalty of perjury to a US federal court in 2017.

“I attended the United States Military Academy from 1994 to 1999,” Manet wrote in a declaration to the California Central District Court in response to a case brought by opposition figure Meach Sovannara accusing Manet of complicity in torture. “This was the only time I lived in the United States for any extended period of time.”

However, when Manet and his siblings purchased the New York home in 2000, he gave another address in the state as his home address, suggesting he was resident there after 1999. Seven years later, he would be the only of his siblings to personally appear in New York to sign the deed of sale. He was also enrolled in New York University’s economics master’s program until January 2002. His father’s biographers, who interviewed Manet in Bangkok in 2003, describe him as having lived in New York during his studies.

Human rights lawyer Morton Sklar, an attorney in the case against Manet, believes this was a clear instance of perjury.

“There’s no question about it,” Sklar told Radio Free Asia.

Lying under oath is a criminal offence in the United States and can result in a prison term of up to five years. However, perjury in civil cases, such as that of Meach Sovannara, is rarely prosecuted.

Cambodian government spokesperson Phay Siphan declined to comment about the details of the purchase and sale of the New York home by the Hun children, describing it as “purely a private case” unrelated to the government.

But he pushed back against suggestions the house was bought with proceeds of corruption.

“If such a purchase was from money laundering, why was the U.S. so stupid to have permitted such thing to happen?” he told RFA.

This article was first published in Radio Free Asia. All contents and images are copyright to their respective owners and sources.