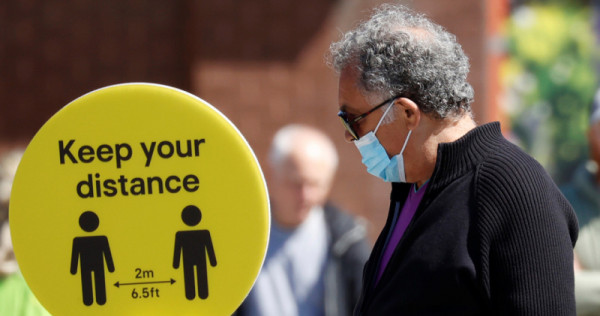 A genetic analysis of samples from more than 7,500 people infected with Covid-19 suggests the new coronavirus spread quickly around the world late last year and is adapting to its human hosts, scientists said on Wednesday.

A study by scientists at University College London’s (UCL) Genetics Institute found almost 200 recurrent genetic mutations of the new coronavirus – SARS-CoV-2 – which the researchers said showed how it may be evolving as it spreads in people.

Francois Balloux, a UCL professor who co-led the research, said results showed that a large proportion of the global genetic diversity of SARS-CoV-2 is found in all of the hardest-hit countries.

That suggests that the virus was already being transmitted extensively around the globe from early on in the epidemic.

“All viruses naturally mutate. Mutations in themselves are not a bad thing and there is nothing to suggest SARS-CoV-2 is mutating faster or slower than expected,” said Balloux. “So far we cannot say whether SARS-CoV-2 is becoming more or less lethal and contagious.”

More than 3.68 million people have been reported to be infected by the novel coronavirus globally and 256,000 have died, according to a Reuters tally.

Infections have been reported in more than 210 countries and territories since cases were first identified in China in December 2019.

The UCL team’s findings, published on Wednesday in the journal Infection, Genetics and Evolution, confirm that the virus emerged in late 2019, Balloux said, before quickly spreading across the globe.

The study was not able to confirm the exact starting point or location.

Balloux’s team screened the genomes of more than 7,500 viruses from infected patients around the world.

Their results add to a growing body of evidence that SARS-CoV-2 viruses share a common ancestor from late 2019, suggesting this was when the virus jumped from a previous animal host into people.

This means it is most unlikely the virus causing Covid-19 was in human circulation for long before it was first detected, Balloux said.

A study by French scientists published earlier this week found a man there was infected with COVID-19 as early as Dec. 27, nearly a month before France confirmed its first cases.

The World Health Organisation said the French case was “not surprising” and urged countries to investigate any other early suspicious cases.

Balloux said the 198 small genetic changes, or mutations, that the study identified appeared to have independently occurred more than once. These may hold clues to how the virus is adapting and help in efforts to develop drugs and vaccines.

“A major challenge to defeating viruses is that a vaccine or drug might no longer be effective if the virus has mutated,” Balloux said.

“If we focus our efforts on parts of the virus that are less likely to mutate, we have a better chance of developing drugs that will be effective in the long run.”

Coronavirus: US death toll would have been halved had it acted 4 days sooner, study says