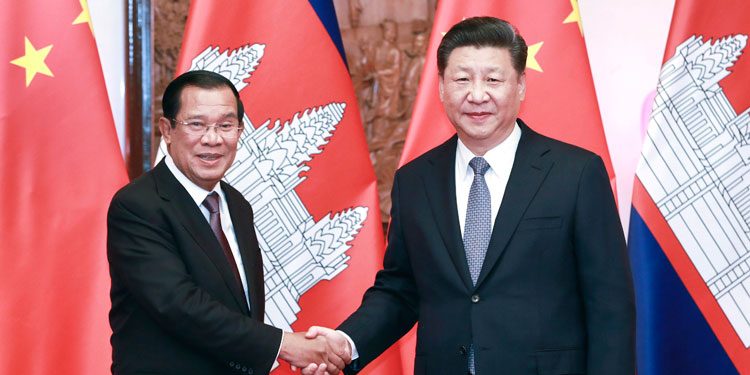 Cambodia and China will launch the first official consultation on a bilateral free trade (FTA) agreement feasibility study in Beijing on Dec 3, according to an announcement on the Chinese embassy Facebook page .

The embassy in Phnom Penh released the statement on Nov 14.

It stated that in accordance with a consensus reached by high leaders of the two countries, the move is now official.

“This comes as a special arrangement in light of the friendly relations between China and Cambodia,” the statement said. “Ministries of Commerce of the two countries have previously established a contact mechanism at a working level and maintained close communication,” it added.

Sok Sopheak, secretary of state of the Ministry of Commerce, confirmed the date of the negotiation.

He told the Khmer Times that thus far there is only one free-trade agreement being negotiated between China and the Association of Southeast Nations (Asean) – and that is with Cambodia.

However, more bilateral deals with Asean are planned.

Sopheak said that the Cambodia-China FTA is not unusual because this kind of agreement exists between countries such as Indonesia and Japan, the Philippines and Japan and Singapore and Japan.

“The free-trade deal will give more opportunities and market access between the two countries Cambodia and China beyond what exists in the Asean-China FTA,” Sopheak said.

The Cambodia-China trade volume reached $7.4 billion in 2018, of which $1.377 billion were exported from Cambodia to China, up 37 percent year-on-year. Imports to Cambodia from China amounted to $6 billion, an increase of 26 percent year-on-year. The two countries have set new targets to boost bilateral trade to $10 billion by 2023.