A Cypriot anti-corruption MP took to social media calling out the government over allegations that allies of Cambodia’s ruler obtained Cyprus EU passports for cash under a maligned investment scheme. 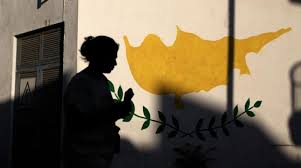 “We have been ridiculed in the international arena. There is no excuse,” Charalambides said on Facebook.

“Where is the line drawn for handing out passports? Until when will we have to keep apologizing to international institutions? Evidently, where there is smoke there is fire,” she added.

Charalambides, a special representative on fighting corruption for the Organisation for Security and Co-operation in Europe (OSCE), said the Cypriot Interior Minister had an obligation to respond to the allegations.

The Interior Ministry did issue a statement on Thursday in response to the Reuters report saying the “government’s policy is not to comment publicly on individual cases”.

Although it did say Cyprus revised its passport scheme in February making the screening process much tougher and anyone rejected by other EU states could not receive a Cypriot passport.

A Reuters investigation said family members and allies of Hun Sen, have overseas assets worth tens of millions of dollars and used their wealth to buy foreign citizenship – a practice Hun Sen has decried as unpatriotic.

Eight people – including Cambodia’s police chief who has been instrumental in clamping down on dissent, and its finance minister – received Cypriot citizenship in 2016 and 2017, Reuters reported.

Cyprus does not name applicants who receive a “golden passport” through the investment scheme.

Cyprus has made changes to its lucrative citizenship for investment scheme to make it more “trustworthy” after the European Commission said it could help organised crime gangs infiltrate the bloc.

Under new criteria a Cyprus passport is granted in exchange for an investment of 2.5 mln euros, raising it from 2 million euros, including the purchase of a residency.

Nicosia says due diligence procedures are more stringent and effective, such as the scrutiny of each applicant conducted by an international agency.

The scheme, launched in the aftermath of the 2013 bailout crisis, has granted 1,864 citizenships bringing in 6.6 billion euros.

For the period 2016-2019, the total contribution of the programme to growth is 1.2% GDP out of a total of 13 percentage points, which is the growth rate over the last three years.

The changes came after an EU report in January suggested Cyprus was not doing enough to ensure transparency to combat illicit and criminal activity.

Cyprus, Malta and Bulgaria are the only members of the 28-member bloc which run schemes selling citizenship.