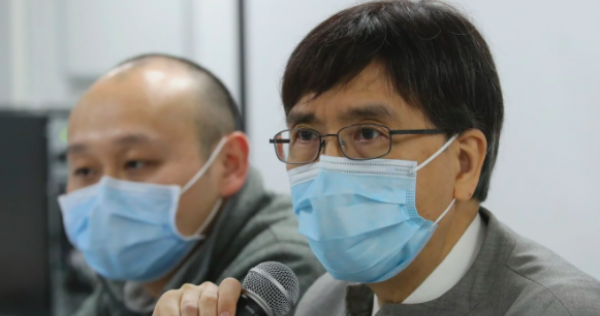 A combination of three drugs suppressed the coronavirus within seven days when used on patients in Hong Kong, nearly twice as fast as the single medicine seen as a leading hope in the fight against the pandemic, a study has found.

The findings of the research, led by University of Hong Kong academics and published in The Lancet on Saturday, could signal progress in the search for a standard form of therapy for Sars-CoV-2, the virus that causes the Covid-19 disease.

It discovered that using the antiviral drugs interferon beta-1b, lopinavir-ritonavir and ribavirin together was “safe and more effective” in reducing the duration of viral shedding – when the coronavirus is detectable and potentially transmissible – for patients with mild to moderate symptoms, while accelerating their recovery.

The antivirals were said to be more effective when compared with only using lopinavir-ritonavir, the HIV drug also known by its brand name, Kaletra.

Professor Yuen Kwok-yung, a top infectious diseases expert who led the study, said: “Our trial demonstrates that early treatment of mild to moderate Covid-19 with a triple combination of antiviral drugs may rapidly suppress the amount of virus in a patient’s body, relieve symptoms, and reduce the risk to health care workers by reducing the duration and quantity of viral shedding.

“The treatment combination appeared safe and well tolerated by patients.”

The interferon drug was developed to treat multiple sclerosis, a neurological disease. Ribavirin was commonly used to treat hepatitis C.

But the researchers said a larger trial would be needed to confirm whether the triple regimen would be effective on patients with more severe symptoms.

The latest study involved 127 adult Covid-19 patients who were admitted to one of the six public hospitals in the city between February 10 and March 20.

Among them, 86 were given the combination treatment and the remaining 41 were only given Kaletra.

It found those given the combined drugs had their viral load effectively suppressed within an average of seven days of starting the treatment, compared with the 12-day average in the control group on the single drug.

Those undergoing the triple therapy also managed to have their symptoms completely alleviated in an average of four days, half of the period of eight days for those in the control group.

They also had a significantly shorter average stay in hospital – nine days rather than 14.5 in the other set of patients.

Patients given the combination treatment earlier, within a week of symptoms appearing, had better clinical outcomes than those on the course of Kaletra at the same time, the scientists also identified.

Dr Sarah Shalhoub, an infectious diseases expert from the Western University in Canada who was not involved in the study, said the study presented “a step towards finding a much-needed therapy for Sars-CoV-2”.

Separately, researchers were also conducting trials on the effectiveness of remdesivir, a drug originally developed for Ebola, in treating Covid-19, with Hong Kong among those hosting the study.