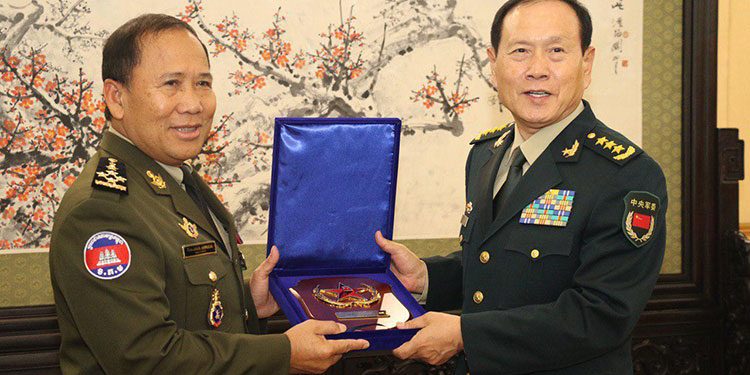 Chinese Defense Minister General Wei Fenghe has reiterated that China is committed to protecting Cambodia’s interests, according to a statement.

The commitment was made on Tuesday when Gen Fenghe met with General Nem Sowath, director general of the Defense Ministry’s general department of policy and foreign affairs in Beijing.

Gen Fenghe said that Cambodia and China deserve to be the ‘iron’ friend under the leadership of Prime Minister Hun Sen and President Xi Jinping, according to Gen Sowath.

“The two leaders have become comprehensive strategic partners who bring about fruitful achievements for both sides,” said Gen Fenghe.