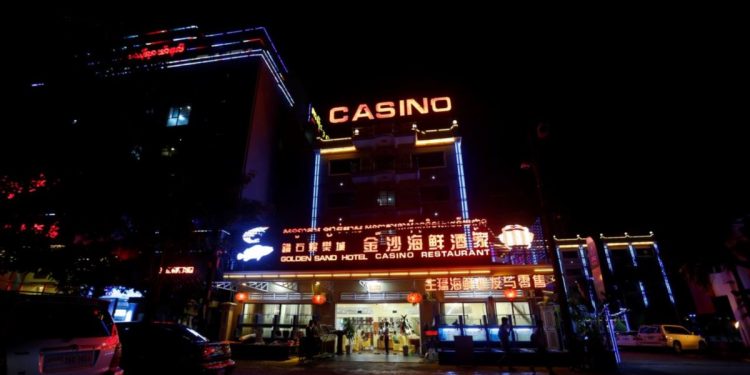 On Tuesday, China’s Xinhua news service reported that police in Jiangxi’s provincial capital Nanchang had disrupted a “large-scale multinational” online gambling operation that authorities claim handled wagers worth over RMB30b (US$4.3b) from a customer base of around 1.2m bettors.

While Jiangxi police led the charge, the ring was based in Cambodia’s Preah Sihanouk province, where some 200 support staff were reportedly arrested at two facilities. Six organizers of the ring, including the alleged ringleader Wu Moumou, have been brought back to China to face the music.

The Sihanoukville operation reportedly ran a number of websites with names like Golden Lisboa and Macau Casino, apparently intended to imply some relationship with Macau-licensed casino operators (a common tactic among China-focused online rings).

Cambodia’s recent decision to end its online gambling licensing regime has resulted in an exodus of Chinese nationals from Sihanoukville. Reports vary on the scale of this exodus, but it’s apparently large enough that China has just agreed to “special discussions on grants to support development” of non-gaming business ventures in Sihanoukville.

Mongolian police raided four locations last week following a two-month investigation, seizing hundreds of computers and around 10k mobile phone SIM cards. The Chinese nationals all reportedly entered the country on 30-day tourist visas and the four alleged ringleaders will be deported to their native land.

China’s local embassy issued a statement saying it would be “working closely together” with Mongolian law enforcement on this matter, while praising local police for having “taken the necessary measures in this case.” China has been stepping up its cooperation with other Asia-Pacific nations in combating illegal gambling and other cyber no-nos.

This article was first published by calvinayre.com