Carlsberg to buy out Cambrew brewery in Cambodia 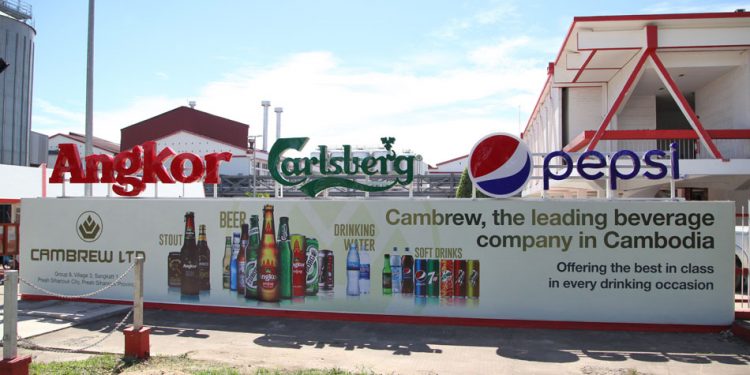 COPENHAGEN (Reuters) – Danish brewer Carlsberg (CARLb.CO) on Thursday reported third quarter sales topped forecasts thanks to a strong performance in Asia and said it had agreed to buy the rest of a Cambodian brewery that it does not already own.

The world’s third-biggest brewer said it had agreed to buy the remaining 25% stake in Cambrew brewery in Cambodia, one of the country’s largest, and would seek to rejuvenate its largest beer brand, Angkor Premium Beer.

“The business environment in Cambodia is a substantial task and it requires significant market investments, time and patience,” Carlsberg’s chief financial officer Heine Dalsgaard said in a conference call.

Carlsberg did not disclose the price of the stake, but Dalsgaard said the price was similar to what it paid for a 25% stake in the Cambodian brewery last year, which according to its annual report was 1.35 billion Danish crowns ($201.85 million).

Carlsberg’s sales in the third quarter came in at 18.5 billion Danish crowns ($2.76 billion), above the 18.2 billion forecast by the 22 analysts in a poll compiled by Carlsberg.

Its price mix, which indicates whether the company sold more of its expensive beer, was 4%.

“We’re pleased that we’ve been able to deliver solid revenue growth for the quarter despite tough comparables from last year,” chief executive Cees ‘t Hart said in the statement.

The company did not disclose earnings figures and maintained its annual profit outlook, but said a positive currency impact on operating profit was now seen at around 150 million crowns, up from 100 million previously.

GHL to include WeChat Pay in its payment channel in Malaysia, Cambodia