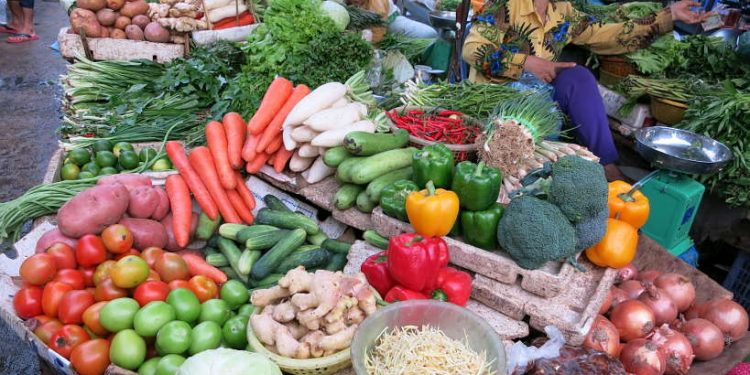 PHNOM PENH: Consumers and vegetable farmers here have called on the government to curb vegetable imports from Vietnam in light of dropping prices.

According to the Phnom Penh Post, farmers from the Sa’ang district’s Kandal province claimed that the price of bok choy had dropped to 500 riel per kilogramme, while cauliflower was only 1,500 riel per piece.

Two weeks ago however, bok choy was selling for 1,200 riel per kilogramme, while cauliflower was going for 3,000 to 4,000 riel per piece.

A 45-year-old farmer said he had harvested five to 10 tonnes of vegetables each season on his 24.28ha land for almost 20 years.

“I am worried that the large number of importers will bring prices down further,” he said.

Vegetable shop owners in the Neak Meas market in Tuol Kork district said a curb on imports would help stabilise the prices of local vegetables.

Bun Sieng, a member of Gold Green, a local distributor that buys vegetables from farmers, said her company supplied between 300kg and 400kg of vegetables to be distributed in the Doeum Kor and Neak Meas markets in Phnom Penh.

She said most farmers in Sa’ang district grew their produce according to the ministry’s Good Agriculture Practice (GAP) guidelines, which was not as expensive as growing organic vegetables.

“The current prices of vegetables vary according to the prices on the Doeum Kor market, which is the benchmark.

“The ministry is engaging in contract-farming with collectors and promoting the product in order to compete with the imported products’ market,” he said.

This article was first published in New Straits Times. All contents and images are copyright to their respective owners and sources.