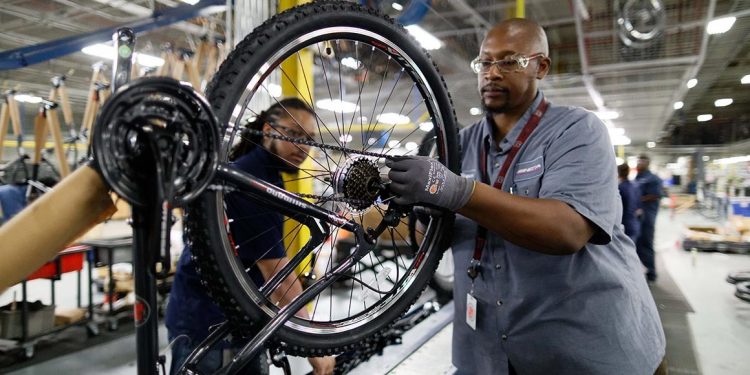 BAVET CITY, Cambodia – The Cambodian Bicycle Coalition (CBC), representing the three bicycle manufacturers exporting to the European Union, is encouraged that Bike Europe reported on October 22, 2019 that Cambodia remains the largest supplier of bicycles to the EU during the first half of 2019. At the same time the CBC is concerned the report cited a decline in volumes from the possible impact of the on-going “Everything But Arms” (EBA) review procedure by the European Commission that could potentially lead to the suspension of the tariff preference for Cambodian bicycle exports to the EU.

Last week Bike Europe reported that Cambodia remains EU’s biggest bike supplier despite the threat that the country could lose its duty-free import status for all EU member states for regular bicycles. That status is allowing companies operating in the country for a 14 percent import duty edge on countries that do not hold such status. It pushed Cambodia to be EU’s leading supplier which also was the fact in the first half of 2019. However, its export to the EU showed a slight drop for the first time in years.

The CBC trusts the European Commission will recognize that any withdrawal of trade benefits will hurt the 6,000 workers in the Cambodian bike sector, their families and set back development in the communities in which it operates. The CBC again encourages the EU to maintain the country’s EBA status. “We look forward to Cambodia remaining the number one bicycle supplier to the EU market and hope that the small decline in the first half of 2019 will reverse in 2020 when the EBA review is completed,” states the CBC.

The Cambodian Bicycle Coalition continues with “We expect that the European Union will recognize that we remain committed as a sector to be socially responsible employers and continue our efforts to further enhance the working and living standards of our workforce.  We look forward to do that in even greater collaboration with our stakeholders in the European Union and, of course, in Cambodia.

“The data reported by Bike Europe makes clear that we continue to compete heavily with China, Taiwan, India, Sri Lanka, Bangladesh and the Philippines for our markets in the European Union. We do this on the basis of high labour standards and respecting the rights of our workers. We encourage the EU to continue in constructive dialogue with the Royal Government of Cambodia, and to maintain the EBA framework in doing so.”

What Happens After a Cambodia Opposition Party Comeback?