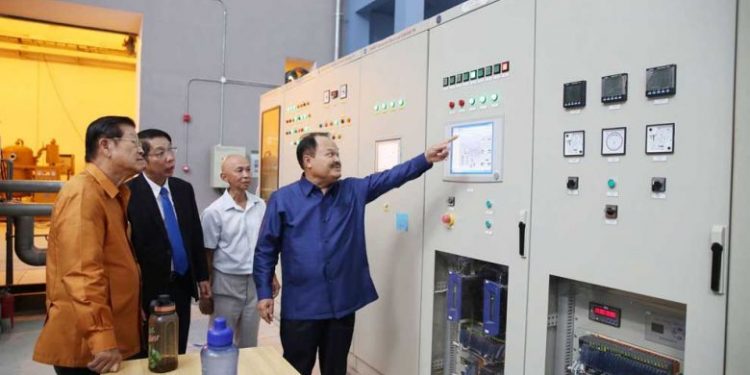 Jona, the director-general of the ministry’s General Department of Energy, said the transmission line connecting Cambodia’s electricity grid the some 50km from the Stung Treng substation to the Lao border is currently more than 90 per cent complete.

“It is almost ready. We are still clearing forest along the [transmission line] right-of-way and setting up pylons. The working groups from both countries have already equipped the wiring and the circuit breakers. As planned, both parties will complete the network in December,” Jona said.

Cambodia and Laos signed a purchase agreement for the 200MW in June, he added.

“We have to provide as much power as we can from various sources to meet the needs of the people and industry,” he said.

To address the shortages, the government plans negotiations with the Electricity Generating Authority of Thailand (Egat) later this month or early next month to purchase an additional 300MW.

Last year, Cambodia consumed 2,650MW of electricity, a 15 per cent increase compared to 2017. Of that amount, 442MW was imported from Thailand, Vietnam and Laos. The rest was produced in Cambodia from coal-fired plants, hydropower dams and solar farms.