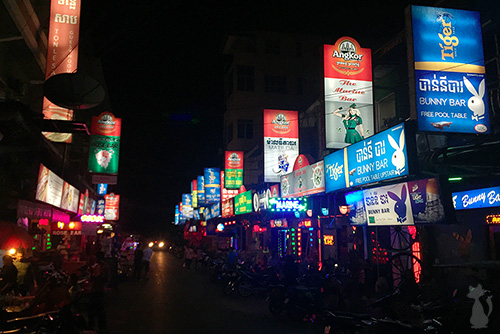 A good number of expat retirees heading to Southeast Asia feel they’ve many useful years left and would like to start a small business in their chosen country of residence. Unfortunately, several popular destinations including Thailand won’t allow expats to start their own businesses for fear they would take clients away from Thai-owned enterprises. Of course, it’s far easier to get work permits for reassignments than it is for straightforward relocation, but being disallowed from doing anything at all is a severe non-no for today’s younger active retirees.

Given the above, the fact that Cambodia has opened its doors to foreign-owned businesses in various sectors formerly closed to incomers came as a much-needed breath of fresh air for not only newly retired expats but also for their counterparts already living elsewhere in Southeast Asia and contemplating a move. Cambodia’s Ministry of Labour and Vocational Training released the news late last Saturday, saying the decision was based on a need for a skilled labour force in several sectors.

The move was especially welcome as a previous announcement made last month had banned foreigners from working as taxi-drivers, car repairmen, goldsmiths, gem cutters and various other jobs unlikely to be filled by incoming expats, causing worries in the country’s expat community of yet another crackdown. The official report identifies a total of around 160,000 expats living and working in the country, paying $180 annually for long-term visas and another $130 for a work permit and ID card. The Ministry’s statement said it all, in that it specified that ‘expat professionals are now able to work as self-employed in all business sectors’.

For expat small business owners at present in Thailand but looking for the escape hatch from even more visa crackdowns and restrictive visa practices, Cambodia’s change of position is good news, especially as tourist-aimed start-ups such as restaurants and small stores in Thailand are now feeling the pinch due to the high baht and diminishing numbers of international visitors. Moving to Cambodia may well be an unwelcome chore, but the freedom to open up again in a country which needs your input may well persuade European expats and even digital nomads to get up and go.

This article was first published in emigrate.co.uk. All contents and images are copyright to their respective owners and sources.