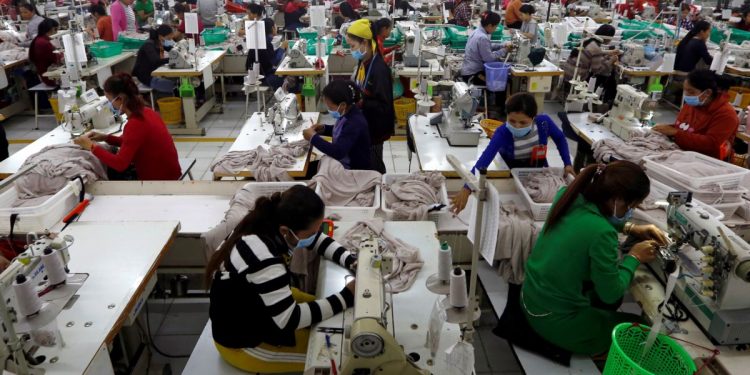 Cambodia exported more than $1.2 billion of products to the Japanese market in the first nine months of this year, up 8.4 per cent on the same period last year, data from the Japan External Trade Organisation (Jetro) shows.

The Kingdom imported more than $398 million of products from Japan, a 36 per cent increase on the same period last year, the data shows.

Ministry of Commerce spokesman Seang Thay told The Post on Wednesday that Cambodia’s exports to Japan have been buoyed by the government’s efforts to assist exporters, including the simplification of export procedures and in particular the implementation of an online system to process export documents.

“We are proud of the increasing bilateral trade volume between Cambodia and Japan resulting from the efforts of the two countries to mobilise business and investors. The relevant ministries’ facilitation of trade has led to an increase in trade figures,” Thay said.

Cambodia Chamber of Commerce vice-president Lim Heng said the growth in exports could be mainly attributed to an increase in Japanese investors in the Kingdom over the past few years.

“Most of the Japanese factories in Cambodia are located in special economic zones, which produce a lot of products that are exported to Japan – this is a good sign that exports will increase,” Heng said.

Speaking at the 18th Cambodia-Japan Joint Committee meeting on November 7, Council for the Development of Cambodia (CDC) secretary-general Sok Chenda Sophea said Japanese investment in non-textile manufacturing has contributed to diversifying Cambodia’s economic base and human resource development in line with the Cambodia Industrial Development Policy 2015-2025.

Cambodia’s total exports during the first half of this year jumped to $6.8 billion, with Japan ranking fourth with a market share of 7.7 per cent, said the National Bank of Cambodia’s first-half report.

Imports reached $10.5 billion, with Japan taking the number four spot with a 4.5 per cent market share, the report said.