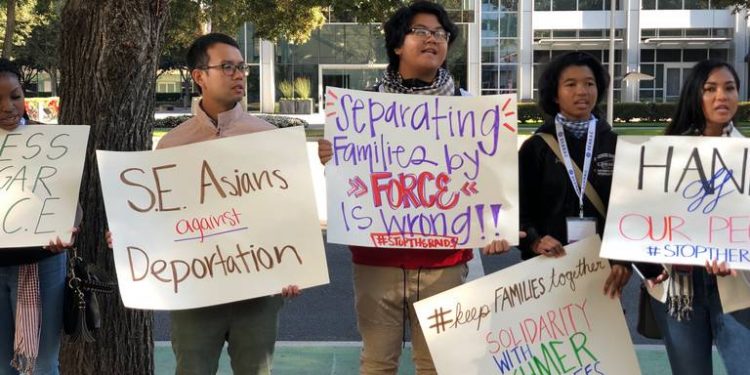 Four decades ago, a murderous dictator named Pol Pot seized power in Cambodia. The horrific genocide he unleashed created over 150,000 refugees and immigrants, many of whom settled in California and have never known life in the land of their birth.

Gov. Gavin Newsom must weigh this history as he determines the fates of Californians who face deportation back to Cambodia due to the Trump administration’s ramping up of anti-immigrant policies.

Up to 2 million people died in Cambodia’s “killing fields” between 1975 and 1979. Some, including infants, were executed in horrific ways. Many died of disease or starvation, or were worked to death in the Khmer Rouge’s infamously brutal labor camps.

For those who managed to escape, the United States offered a beacon of hope and freedom – and a new beginning. It’s important to remember how American foreign policy – including the widespread bombing of Cambodia starting in the 1960s and 1970s – destabilized the country and supported the rise of Pol Pot.

“You should also tell the Cambodians that we will be friends with them,” said Secretary of State Henry Kissinger to Thailand’s foreign minister in 1975. “They are murderous thugs, but we won’t let that stand in our way. We are prepared to improve relations with them.”

Like many refugees, many of the targeted individuals came to this country as children. They have little or no memory of life in the land of their birth. In America, many Cambodian refugees encountered severe poverty and lived in high crime neighborhoods.

The individuals facing deportation are not angels. Some served time for serious crimes.

In the case of Tith Ton, the crime was murder. He killed a rival gang member at 16 and has spent more than two decades in prison. In San Quentin, he became a substance abuse counselor and has mentored other inmates. He qualified for his first parole hearing this year, but activists fear the California Department of Corrections and Rehabilitation will turn him over to ICE if he’s released.

Activists and family members marched on the State Capitol last week to deliver a petition asking Newsom to parole Tith and pardon another man, Saman Pho, in an effort to prevent them from being deported.

Such decisions are not always easy for any governor. People who have committed serious crimes tend to elicit little sympathy. A politician always knows a pardon or parole can backfire if the person freed by his signature re-offends.

Newsom, who has embraced criminal justice reform in the state, also understands that people can change. He knows a criminal background should not permanently exclude a person from contributing to society.

When the individual in question is a refugee who faces deportation back to a country they’ve never known, there’s an added question: Is it justice to force someone who has paid their debt to society to spend the rest of their life as a stranger in a strange land?

We hope Gov. Newsom can find the courage and the wisdom to act in the interest of justice as he considers the fates of these Californians being torn away from their families – and from the only home they know.

This article was first published in THE SACRAMENTO BEE.