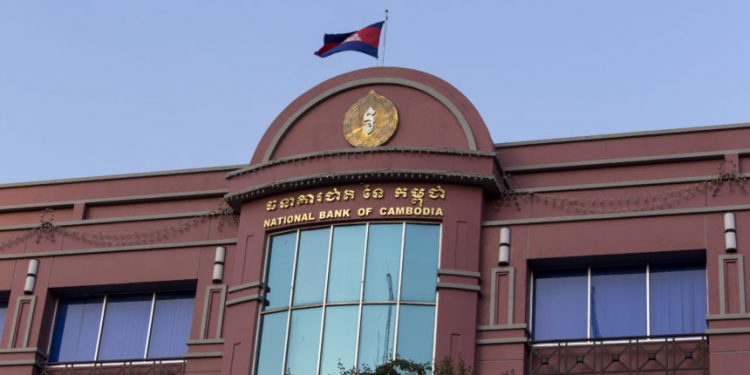 WITH the Cambodian economy set to grow the most in South East Asia, some of its largest banks and financial institutions have announced plans to expand their businesses.

The National Bank of Cambodia (NBC) had projected that the nation’s economy is poised to grow by 7.1 per cent this year while the International Monetary Fund (IMF) predicted that Cambodia’s economic growth would remain strong at seven per cent this year before easing to 6.8 per cent next year.

Following a solid macroeconomic performance so far this year, Advanced Bank of Asia Limited (ABA) marketing head Igor Zimarev told The Phnom Penh Post that the bank had seen very strong growth, with the number of customers increasing 76 per cent last year and by 72 per cent between January and early this month.

To support that growth, he said the bank had opened 15 branches last year while 11 were opened this year, with several of them in Phnom Penh.

He added that this had led to an increase in bank deposits as just for this alone, its total deposits grew 50 per cent to US$1.1 billion.

He said the number of cards issued by ABA has also dramatically increased. This year alone, the figure grew from 389,000 in January to 685,000 last month.

Zimarev said that at the start of the year, ABA operated 275 ATMs and that number currently stood at 357, with 50 more scheduled to be installed by the end of the year.

“ABA has the second largest ATM network in the country, and it will only grow in time.”

He said Acleda currently operated a nationwide network of 262 branches and offices to serve its customers.

Channy said the bank’s electronic infrastructure comprised more than 600 ATMs – making it the largest ATM network in the nation – and more than 4,000 point-of-sale terminals across the country, plus online and mobile banking services.

“The rich bank infrastructure stands ready when our customers are in need. In the fintech [financial technology] age, it’s about the transactions from customer to customer and company to company,” he added.

“Business activities are running smoothly and the financial institution is overall running well thanks to the sound economic performance over the year,” Sony said, adding that Prasac currently operates 134 ATMs nationwide.

According to a report from the NBC, as of the second quarter of this year, there are 44 commercial banks, 15 specialised banks, 74 microfinance institutions, seven microfinance deposit-taking institutions, 254 rural credit operators, 15 leasing companies and 16 payment service providers operating in Cambodia.

This article was first published in The New Straits Times. All contents and images are copyright to their respective owners and sources.