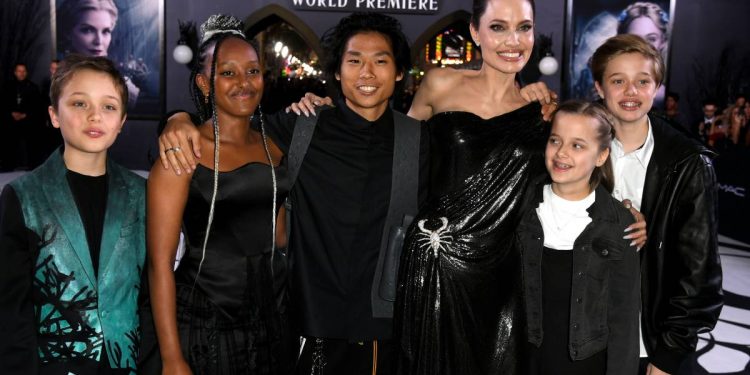 Angelina Jolie is a doting mum first and then an actress. The Maleficent star who returned to the screens last month in her villainous avatar has opened up on matters of the heart and her six children. In a detailed interview with Harper’s Bazaar, Angelina Jolie also spilled the beans on her Cambodian citizenship and her home in the Southeast Asian nation. Turns out, Angelina built a home in Cambodia many years ago and while it lies vacant, the actress was quizzed why she chose Cambodia as the destination.

Revealing the reason, Angelina said, “When you have a loud mind, as I do, you go to places that quiet you, and I find that in the desert, or in the jungle in Cambodia. When I first went to Cambodia, I thought people would be hardened by having experienced so much war and suffering. But in fact it was the opposite. I found them to be full of grace and fight and life.”

The actress also added that it wasn’t an easy task, “It’s a home and a headquarters for my foundation. There were physical challenges, though. We had to clear nearly 50 land mines before we could live there.”

She was then asked whether she plans on visiting the country anytime soon. Angie said, “We got a call the other day informing us that chipmunks have moved into the house. They asked if we should remove them, and Vivienne was very clear that we needed to cover the wires and let them stay. However, the local snakes may have their own opinion on that. The last time I stayed there, I heard screaming down the hall because a friend had found a giant lizard under their pillow. Clearly, the animals are there more than I am and they feel it is their home.”

Well, we’re loving this ‘Into the Wild’ feels.

This article was first published by Pink Villa. All images are copyright to their respective owners.