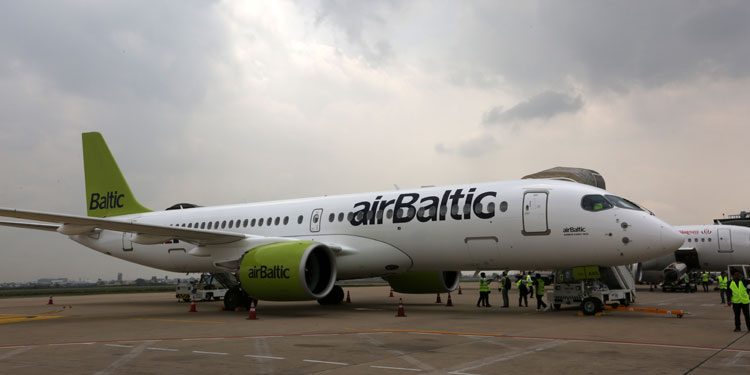 Airbus yesterday held an event to promote the A220 aircraft in Cambodia hoping airlines in the thriving local market will add it to their fleets.

The event is part of a tour the aeronautics leader is doing across Asia and the Pacific to promote the aircraft.

During a demonstration flight in Phnom Penh yesterday, Connor Buott, senior analyst for Airbus, said the A220 aircraft is garnering interest from Cambodian airlines.

“We see a lot of opportunities in Cambodia because of its location. From here, you can connect to the Middle East, to all of Asia and Australia,” Mr Buott said during the press briefing yesterday at Phnom Penh International Airport.

Representatives from six local airlines were present at the demo flight yesterday.

According to Airbus, the A220 is capable of flying non-stop for up to 6,300 kilometres, offering unmatched range capability that allows connections between Cambodia, North Asia and the Middle East.

Airbus said it has high expectations for the local aviation market where passenger traffic is projected to grow at a rate of more than seven percent per year over the next 20 years.

The company said that, as of September this year, customers worldwide have placed orders for 525 A220 aircraft. 90 are already in service with six operators.

The aircraft on display at Phnom Penh International Airport is an A220-300 from airBaltic with a layout of 145 seats in a single-class passenger cabin.

The A220 is the only new design aircraft in the 100-150 seat market. It has an aerodynamic design and new-generation engines that save up to 20 percent more fuel than older aircraft of a similar size.

In Cambodia, Airbus has a considerable presence with several airlines operating a total of 27 A320 Airbus family aircraft.