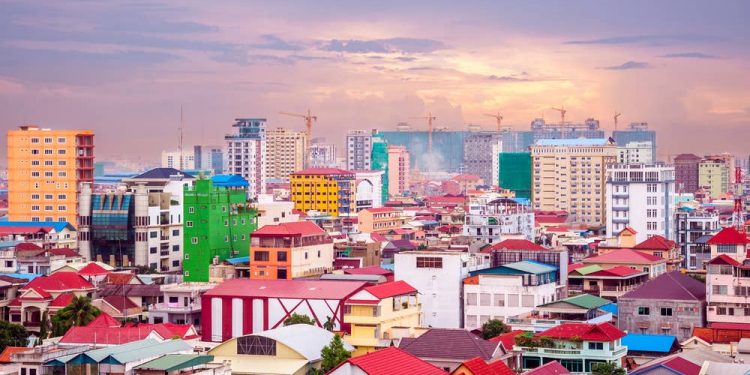 PHNOM PENH, The Cambodian economy remains on track to grow strongly in 2019 despite a slower-than-anticipated rise in agricultural production, said a new report released by the Asian Development Bank (ADB) on Wednesday.

In an update of its flagship annual economic publication, Asian Development Outlook (ADO) 2019, ADB retained its forecast of real gross domestic product (GDP) growth for Cambodia of 7 percent this year and 6.8 percent in 2020.

“Cambodia’s economy continues to expand at a robust pace due to continued strength in traditional sectors such as garments, tourism, trade, and construction,” ADB country director for Cambodia Sunniya Durrani-Jamal said in a press release.

“With increased uncertainty in the global trading environment and its impact on services such as tourism, Cambodia urgently needs a focused diversification strategy into niche and higher value products and services,” she said.

“This will require reducing risks emanating from lending to an overheated real estate sector, development of more skilled and productive workforce to justify rising wages, and attracting high-quality capital investment-all of which, in turn, need strong governance and institutions,” she added.

The report noted risks to production from climate change, saying that drought in the first half of the year lowered crops and fishery production, reducing agricultural growth to around 1.1 percent this year, the press release said.

Growth for industry was robust due to a surge in the production of garment, footwear, and travel goods, which led to an upward revision from 10.1 percent in ADB’s April forecast to 10.6 percent, it said.

With lower fuel prices and a small increase in food prices, inflation was subdued at 1.4 percent year-on-year at the end of June and is expected to average 2.2 percent for 2019, the press release said.