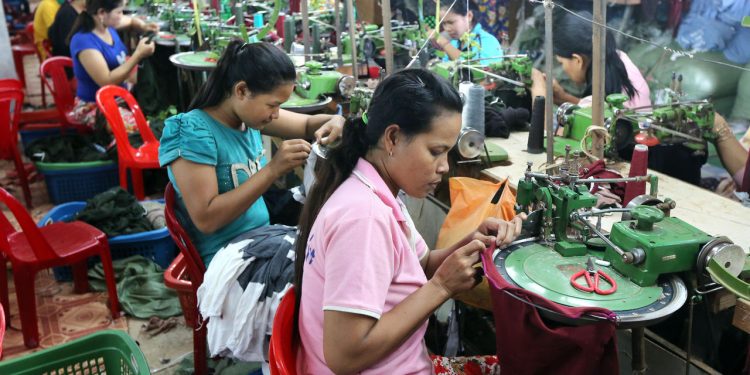 Workers’ Right Groups fear that proposed trade sanctions by the European Union may cause almost 90,000 apparel workers in Cambodia to lose their jobs as brands may outsource elsewhere.

Cambodia benefits from the ‘Everything but Arms (EBA)’ scheme since 2001, which gives a duty free access to the EU markets for the poorest countries. EU announced recently that Cambodia may lose the status due to violation of the fundamental points and corruption.

Cambodia’s garment industry accounts for 40% of the country’s GDP and employs almost 700,000 people. The country has exported €5 billion worth of garments to brands like Nike, Puma, H&M, and Adidas in the last year. These companies said they are “concerned that the labour and human rights situation in Cambodia is posing a risk to trade preferences for Cambodia.” They have also written an open letter to the government to look into improving the labor standards.

Most of the international companies have a strategy of alternate sourcing to countries like China and Indonesia. The garment workers, though, are likely to suffer from such a move. Almost 90,000 i.e. approximately 13% workers would lose their jobs.

A dialogue between the local trade unions, Garment Manufacturers Association of Cambodia (GMAC), and the international stakeholders is important before any action is taken. According to Reuters, the international stakeholders had attended the Textile and Apparel SEA Summit last month in Phnom Penh, Cambodia. They are said to be already working with the Cambodian suppliers to minimize job losses and increase productivity.

This article was first published in Industry Global News 24. All contents and images are copyright to their respective owners and sources.